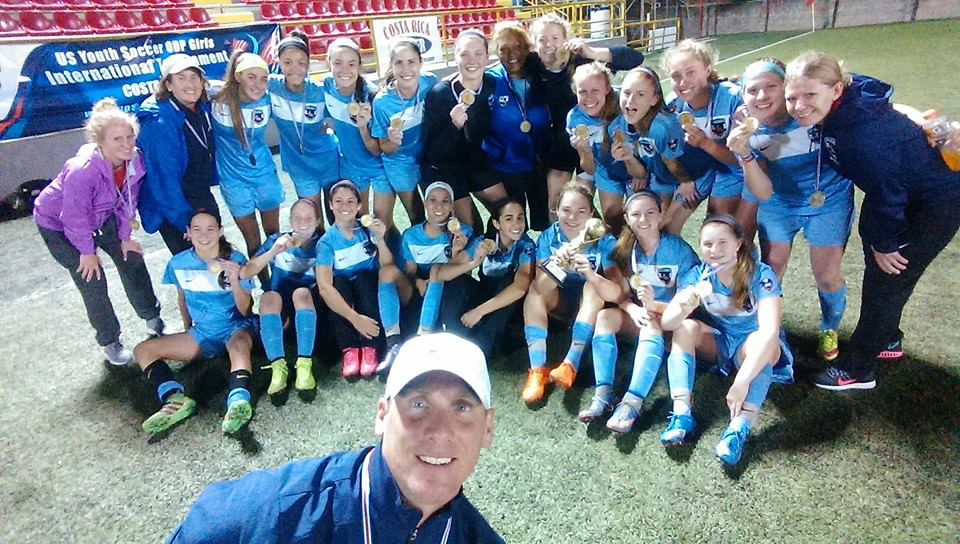 No. 1 Soccer Camps Regional Director John Gregg (Elizabethtown) recently traveled to Costa Rica as the Region 1 ODP Girls U15 Assistant and Goalkeeper Coach for the Costa Rica US Youth Soccer International Tournament. While in Costa Rica, the team competed in four international matches, performed community service, went white water rafting, participated in several cultural events and toured San Jose, Costa Rica’s historical capital.  The US Region 1 U15 team won the international tournament for the first time in the 10 years Region 1 has attended and on the tournament’s 10th year anniversary.

“I feel honored and humbled to have been selected to the Region 1 staff for this event,” said Gregg. “The experience for the girls and myself in learning about the culture of Costa Rica, the playing abilities of the Latin American (CONCACAF) born players, and participating in community services in a poverty stricken area and school was incredible.  We all left Costa Rica with a much better appreciation of life and the things we have.”

In Game One, the Region 1 Girls topped Moravia 2-1. With thirteen free kicks and one penalty for the Moravian team, it appeared the Referee was a home team fan, but the US team was able to persevere for the win. In Game Two, the team netted a major victory when they beat a very competitive Dimas Escszu 2-1. Again having to deal with adverse condition of home field advantages, It was a hard-fought game, and the US R1GK had an unbelievable save on one of two penalty kick to ensure the win. After day 2, the Region 1 girls were the only team of the 8 undefeated. 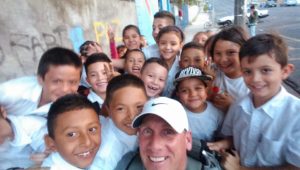 they ventured into the Rain Forest for a team rafting trip down the Sarapiqui River. Day six started with a trip to the Robleato Children’s Center for community service. For players and coaches alike, it was a humbling, but incredibly rewarding experience.  While there, the team the players and staff socialized and played with the children.  Although children spoke English, the Americans found common ground with a soccer ball at their feet, swings, monkey bars, and other playground equipment.  The highlight  – and tear jerker – was the 5 year old boy who blessed the team for coming to spend the day to play with them.

Inspired by the visit, the team quickly turned it around in preparation for Game Three versus UCEM Alajuela.  The team wasted no time with goals at 1:08, 8:47, 22:53, and 25:46 to move onto an impressive 4-0 win. “The game plan was to jump on them right away and score early and often given the referees no decisions in the game,” said Gregg.  “We knew if we could get on them fast , we could then control the tempo and get them off their game plan.”

The R1 team lost their final game to the professional club, Saprissa, 0-2, but due to the point total and goal difference, the Region 1 U15 team nabbed the championship title. While the Region 1 ODP program has been attending this tournament for the last 10 years, this year’s U15 team was the first to ever win the event. Out of the four goals the R1 team gave up, only one was in the run of play. Their keepers faced five PK’s during the course of the tournament and saved two.

‘Of all the fortunate things I have been able to experience through soccer, this was by far one of the BEST things I have ever done!  I would do this again no questions asked,” Gregg commented upon his arrival back in the US.

No. 1 Regional Director John Gregg first came to No. 1 Soccer Camps as a camper in 1985 and later transitioned to a staff coach, GK director, and RD. In addition to No. 1, Gregg is a fixture in Central and Eastern Pennsylvania Youth Soccer.  In 2016, No. 1 Soccer Camps at Elizabethtown College will be under his direction. Offering Junior and Senior Academy Programs for goalkeepers and field players, the camp will run from July 24 th to 28th. For more information on our Elizabethtown location, or any of our other sites, visit our website at: www.no1soccercamps.com.