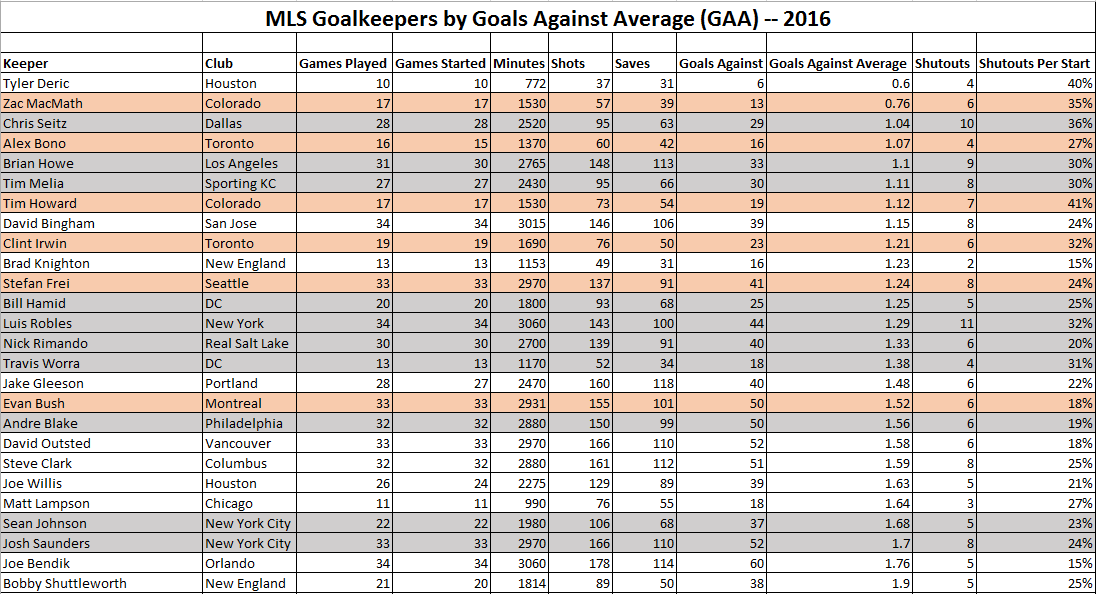 As a former soccer goalkeeper and current goalkeeper coach, I see the goalkeeping as vitally important to a team’s success.

With the Major League Soccer (MLS) season now in the books, it’s telling to look back and review the critical role of goalkeeper.

The table below lists the MLS 2016 Goalkeepers organized by Goals Against Average (GAA). Note: Minimum of 10 games played.

Grey = Keeper for a Playoff Team 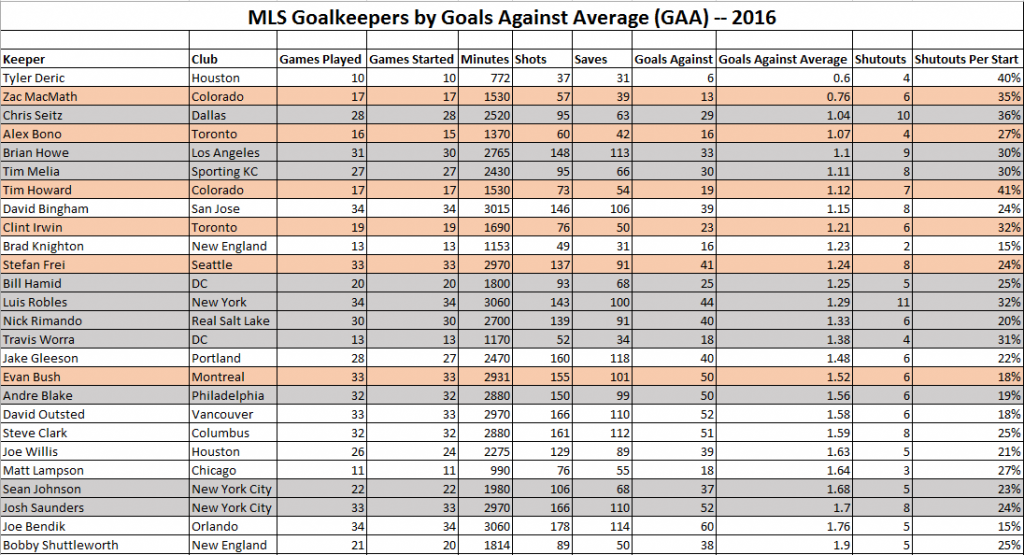 Half of the Final Four (Toronto and Colorado) rotated between 2 keepers throughout the year.

7 of the Top 10 keepers by GAA played for playoff teams, highlighting the pivotal role of goalkeeping.

Bingham (San Jose) and Knighton (New England) posted strong GAAs, but their lack of shutouts may have contributed to being left out of playoffs.

Article courtesy of Dan Naden as originally published on DanNaden.com