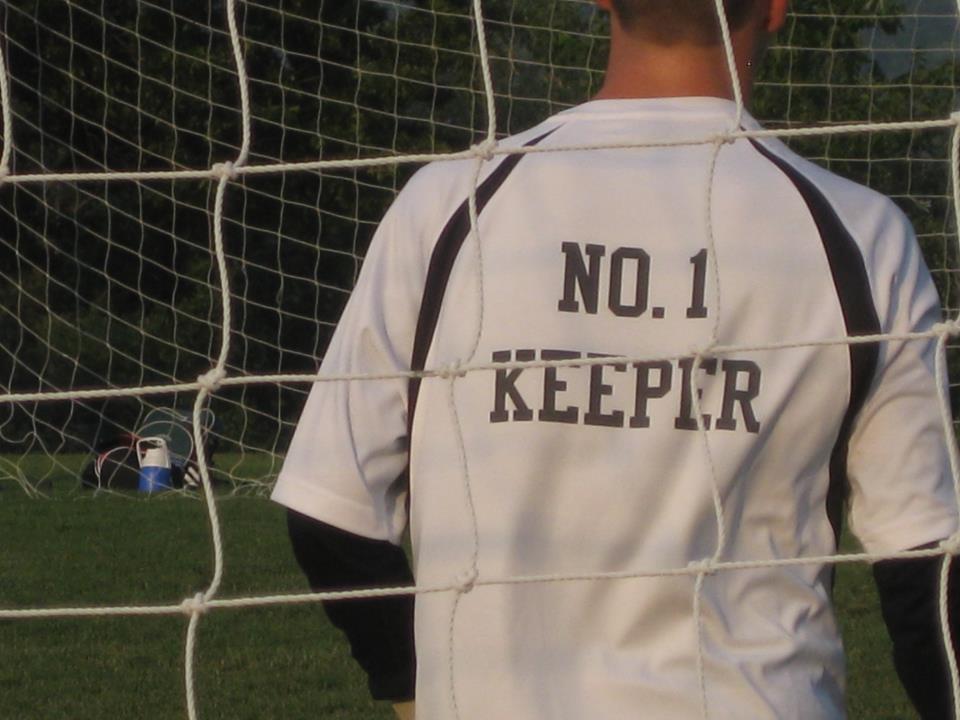 By Mike Idland, No.1 Soccer Camps

Teaching breakaways and getting good at breakaways can sometimes be at odds with each other. Often, untrained goalkeepers go flying into breakaways with their hair on fire.They attack the situation wildly and with lots of conviction. But with no technique, they are dead in the water. Alternatively, trained goalkeepers, now armed with a full arsenal of weapons with which to combat breakaways, often lack that conviction, that fierce approach that they once had, because they are now lost in thought and indecision in the face of the live breakaway.The challenge is to give the goalkeepers sophistication while preserving their primal instincts.

When we begin our breakaway sessions at the No.1 Goalkeeper Camp, we often say, “This is the most complex topic of the week. We have loads of information to get through, so let’s stay focused.” And that’s no lie.
There is so much that goes into making the breakaway save for the goalkeeper in terms of analyzing the type of breakaway he or she is faced with, choosing the appropriate response to that type of breakaway, executing the extremely difficult technique of sliding and forming a long barrier when appropriate, and – perhaps above all – summoning the courage and conviction to take control and make a save. It is, indeed, a tall order for a young goalkeeper.  It can be equally challenging to teach. The experienced staff of Goalkeeper Directors at No.1 each like to present the session in their own way.
Mike Potier’s field layout often has young goalkeepers’ angles coned out to train the line the goalkeepers take when closing the striker down.  And you’ll hear him yelling “Tiger, Tiger, Tiger, Swan!” (Ok, I guess you have to be there.) Joe Machnik famously teaches part of the session in a circle that reminds me of a gladiator arena. I like to run through the technical progressions with all of the goalkeepers spread out and faced toward me as we mirror the movements down to the ground and into the ball, a set up that can look like a kung fu lesson with Bruce Lee. These elaborate and imaginative setups allow each of us to communicate the extensive information to the goalkeepers effectively. After all, we have to give them all of the necessary weapons to go into battle.
Once the goalkeeper is equipped with information for each type of breakaway (those in the goalkeeper’s favor, those in the striker’s favor, the 50/50 breakaway, and the breakaway slightly in the striker’s favor) and the various techniques for which each type calls, the goalkeeper is now under pressure to do something about it! As a goalkeeper coach, I feel as if I can almost hear the thought gears grinding in their heads: “Should I slide in?… Should I stand up?… Was that touch big enough to attack?… Hands first or long barrier?…” And so on. They often freeze or play in slow motion as they try to execute the appropriate technique with painstaking precision.  And the ball still ends up in the back of the net.  Well, the untrained goalkeeper doesn’t know a long barrier from a traffic barrier – he just goes and gets the ball! So, this is the challenge to the coach: How do I get this goalkeeper to “just go get the ball” again now that I’ve crowded his mind with all of these techniques?
One of my all time favorite books for coaching goalkeepers isn’t even a soccer book at all.  In fact, it is a tennis book! W. Timothy Gallwey’s seminal sports psychology book The Inner Game of Tennis articulates the delicate process of training to allow the mind to make decisions unconsciously on the field of competition.  The principle works brilliantly at times with goalkeepers. The idea is to put the goalkeeper’s conscious attention on only one focus point. The rest, surprisingly, will work itself out with unconscious adjustments if given enough repetitions. In the case of breakaways, I like to try putting the goalkeeper’s attention on the striker’s feet and ask him to focus closely on each time the foot makes contact with the ball as the striker advances on the dribble and prepares to finish. After a few repetitions, the goalkeeper’s problems start ironing themselves out. His timing improves as he hones in on each touch the striker takes.  His technique becomes smoother and more streamlined as his attention is no longer on the minute technical details but rather the “big picture” of the breakaway. It’s amazing what can happen when we just get our brain out of the way!
It takes a seasoned goalkeeper coach to recognize the phases of the position that require a hands off approach.  Breakaways are a unique challenge to teach because in order to cover the information – to give the goalkeepers the “weapons” for the fight – the goalkeeper coach has to be very hands on. The trick is for the coach to take a step back and let the goalkeeper work out the nuances of making breakaway saves more autonomously.  The coach’s role, then, becomes more of a guide, one who points the goalkeeper in a direction and encourages him or her to get there with that fiery natural confidence, with conviction, and with technique.
Mike Idland is a Goal Keeper Director at No. 1 Soccer Camps Lebanon Valley College Location and a former No. 1 camper. Coach Idland played collegiately at at Suny Cortland and attended his first No. 1 Camp in 1992 as a camper. He returned as a staff coach in 2000 and went on to become a Regional Director in 2004. Idland will be the Goalkeeper Director at No. 1 Soccer Camps Lebanon Valley College location from July 27-31st. Click here for more information.