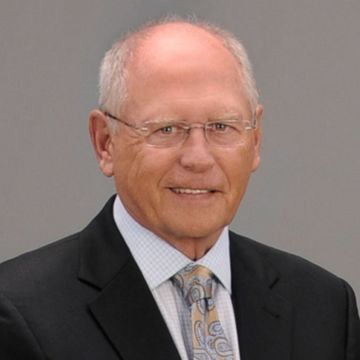 No.1 Soccer Camp founder and director Joe Machnik toured Poland and Ukraine during the Euro 2012 tournament accompanied by Barbara Machnik, their grand children Olivia and Ryder and good friends John, Pat and Kayleen Kowalski. Machnik also once again served as a Referee/Coach for MLS and as Referee Director for the US Armed Forces Games @ Camp Pendleton. In addition, Machnik travelled to Alajuela, Costa Rica where he served as Match Commissioner for the CONCACAF Champions League (CCL) match between Alajuelense (CR) and Tigres of Mexico. Dr. Machnik completed his first season as referee assignor for the women’s soccer competition of the Northeast Conference wherein he visited all eleven (11) campuses at which women’s soccer is played. Machnik was also guest speaker at the annual meetings of the National Intercollegiate Soccer officials Association (NISOA) in Chicago and at the pre-season meeting of the New England Intercollegiate Soccer Officials Association (NEISOA) in Worcester, MA.

Regional Director Christine Huber started her second year at the small private school of Hamden Hall in Hamden, CT. This year the Hornets finished 9-4-1 in Class C of New England. Christine continues to run the CFC Arena, which is New Haven County’s premier indoor sports facility. She is also coaching the CFC Impact U-12 girls team while directing U-12 and younger girls at the CFC Impact branch. This summer, Christine will be taking over a team of girls’ high school players to Italy to play overseas in different tournaments. There are a few spots open if anyone is interested in joining.

Mike Idland is entering his sixth season as as the head women’s soccer coach at the University of Pittsburgh at Bradford. Idland has guided the Panthers to an overall record of 50-40-4 during his tenure including, a 2012 trip to the AMCC tournament championship game and three consecutive appearances in the AMCC semifinals prior to that. Under Idland the Panthers also achieved the title of Regular Season Co-Champions in 2012. He has coached 14 all-conference performers, the 2012 AMCC Co-Offensive Player of the Year, the 2012 Defensive Player of the Year, and the 2012 Newcomer of the Year.

In 2011 and 2012, Idland directed Pitt-Bradford to the two best seasons in school history while being named AMCC Coach of the Year in 2011. The Panthers established a new school record for wins with 13 in both seasons and hosted postseason semi-final matches for the first time in program history. In 2011 Pitt-Bradford finished second in the conference during the regular season with a mark of 7-1-1, the highest finish ever by any Panther team, only to be bettered in 2012, which saw the team go 8-1 in conference play. The 2012 team had four players named first-team all-conference selections and three more were represented on the second-team.

Pitt-Bradford was one of the top defensive teams in the country in 2011, ranking 10th nationally in goals against average and 12th in shutout percentage. In 18 games, the Panthers surrendered a total of eight goals, including just two in conference play.

After finishing 5-12-1 in his first season, Idland directed Pitt-Bradford to 10 wins and a sixth-place finish in the AMCC in 2009. In the first round of the conference tournament, Pitt-Bradford upset third-seeded Medaille to record the program’s first ever AMCC tournament win.

The Panthers improved to fifth in the conference in 2010 and posted nine wins. Pitt-Bradford knocked off D’Youville in the opening round of the conference tournament to advance to the semifinals for the second straight year. Four players were named to the All-AMCC squad, and the team received the National Soccer Coaches Association of America Silver Ethics Award for finishing the entire season with just two yellow cards.

Prior to coming to Pitt-Bradford, Idland served as an assistant at Division I Canisius College from 2007-08. He previously served in the same role at Buffalo State College from 2003-07.

Idland served for four years as a regional director for Joe Machnik’s No. 1 Soccer Camps, where he began coaching in 2000 and where he continues to coach in the summer. He is also a goalkeeper coach for the New York West Olympic Development Program (ODP), a position he has held since 2004. In 2007 he was recognized as the New York West ODP Coach of the Year. Idland has also been a member of the Region I Girls ODP goalkeeping staff since 2008. He is currently the head goalkeeper coach for U-19 program at Region I ODP.

Idland coached the U-15 girls for Alliance FC of Buffalo, NY in the 2011-2012 season, during which the team won the US Club Northeast Regional Super Group, advancing to the US Club National Championship competition. His team also captured titles at the Umbro Top-Rated Showcase and Baltimoremania. Idland also coached several premier club teams with the Empire United Soccer Academy from 2003-08.

A native of Westfield, N.J., he played collegiately at SUNY Cortland.

He received his bachelor’s in secondary English education from SUNY Cortland in 2003, and earned a master’s in English from the University at Buffalo in 2006.

Idland holds a USSF “A” coaching license and currently resides in East Aurora, N.Y., with his wife Nancy and their daughter, Marielle.