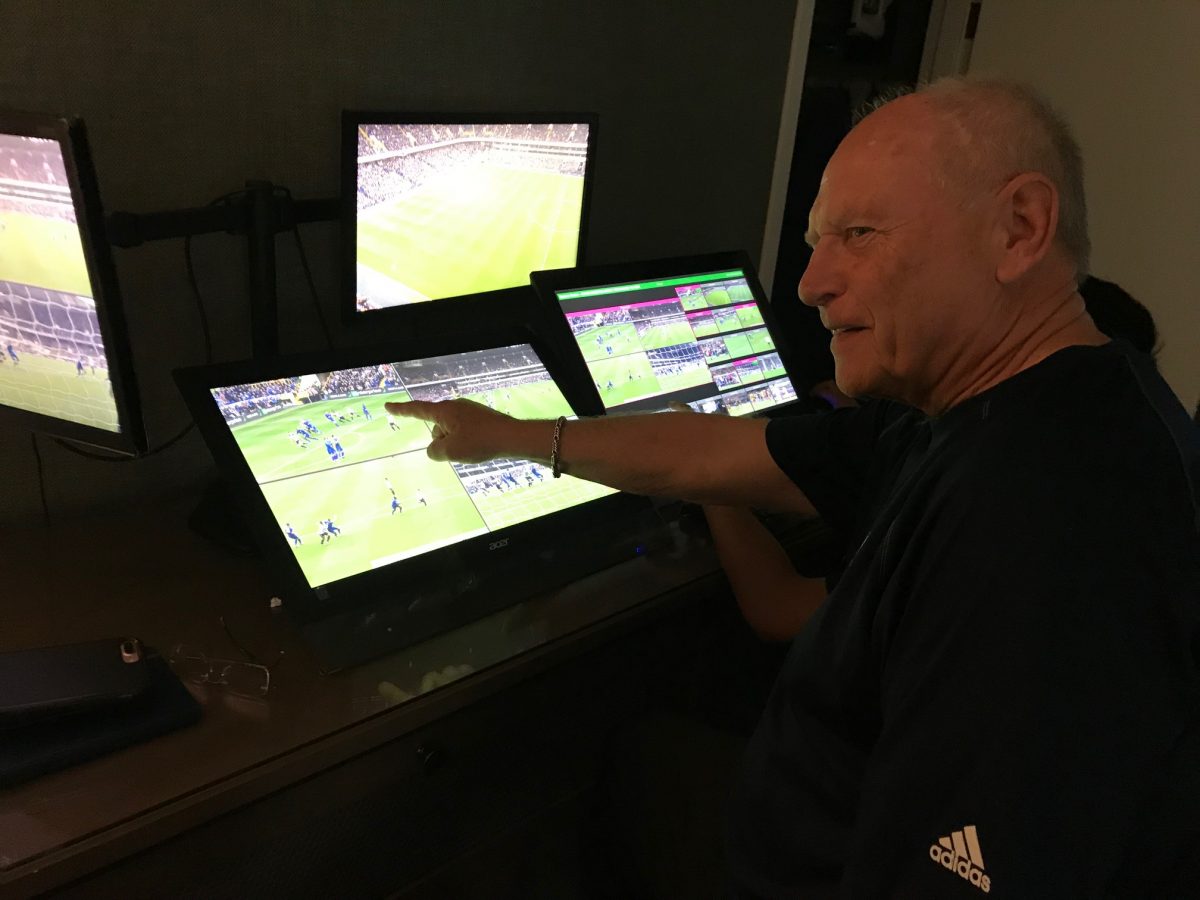 In summers where there has been a World Cup, both Men’s and Women’s, it has always been a special time at No1 Soccer Camps. In the early years, when there was only limited TV coverage, we struggled to make the games available to our campers as part of the daily program. Of course, the USA did not qualify until 1990 and the camp was already in existence for 12 years. But we still wanted to learn all we could about the latest in goalkeeping, watching some of the best like Ranat Dassaev of Russia whose distribution was of such high quality that teams were careful to only take high quality scoring chances against him in fear of being counter attacked. In 1990 we were startled at the antics of Columbia’s Rene Higuita, one of the first sweeper keepers, and this year we hope that Manuel Neuer recovers from his injury in time to show us the perfection of that concept and how everything begins with the keeper’s starting position in relationship to the ball and the ability of the opponents to place a ball over the goalkeeper’s efforts to get back to the cross bar with footwork.

Over the years, when field players were added to the No.1 Camp program we had so many stars to emulate and from so many countries. But today’s super stars, Ronaldo, Messi and Neymar (also recovering from an injury) are expected to lead the pack. Will Robert Lewandowski be able to show his form for Poland without the Bayer Munich support staff is another good question?

One of my favorite times at camp was when we opened the camp in Dallas/Ft Worth @ TCU and the WC games were coming to us from Korea/Japan at 4AM. We didn’t wake up the campers (obviously) but many staff members set their alarms to watch the USA play and then caught an hour more sleep before sunrise soccer.

Of course, officiating has always been an issue at the WC and controversy has been a part of the mystery of the game. This year, however, FIFA is attempting to minimize the negative headlines that surround officiating with the use of video replay and the video assistant referee (VAR) program.

FIFA and the IFAB have experimented with VAR over the past two years at various competitions including the Bundesliga and MLS. The program has generated mixed results and there are those that believe that the experiment is incomplete and needs further practice. Time will tell if the objective of “minimum interference-maximum benefit” will be reached.

I have had the good fortune to be working as a Rules Analyst for FOX SPORTS and have spent considerable time studying the VAR program. In early April, I attend a VAR Seminar run by PRO, the officiating body in charge of professional games in the US, such as MLS. And in the same month, I delivered a presentation for the broadcasters and staff at FOX who are going to be working this summer’s World Cup. I believe, at this time, that I have a pretty good understanding of the protocol and processes which are to be implemented and which are designed to reach that objective.

It has always been understood that there are three (3) match critical decisions which Referee/Assistants make which influence the outcome of a game because of the low scoring nature of soccer. The importance of decisions pertaining to offside, penalty kicks and send offs (red cards) are clear to everyone. And because the game is now so fast, there are times where the Referee team can also miss an incident, perhaps off the ball, which maybe only visible with the help of instant replay.

One of the obvious benefits of VAR has been the reduction of off ball incidents, as player behavior has been modified with the knowledge that there is now no place to hide.

So as we once again watch the World Cup at No1 Soccer Camps, (all 64 games will be televised by Fox) I will have the personal responsibility and privilege of helping our broadcast teams and at times explaining to the TV audience; the intricacies of the VAR system, and there are many.

Every goal will be checked to see if there was an offside, or a foul in the attacking possession phase (APP) which might lead to overturning the decision and disallowing the goal. When the VAR system is used to make such a decision, the Referee will make a clear rectangular TV screen signal so that we all know that VAR has been used. FIFA has promised to show the video clip which enabled the correct decision to be made on the stadium’s giant screen and rapidly to the TV audience. Reviewing goals by this nature has the unfortunate effect of disallowing more goals than awarding which may be an unexpected and unwanted by product of the VAR system.

Also, being reviewed are every decision relating to the possibility of a penalty kick (PK). Was the foul inside the area or outside? Was their real illegal contact or simulation?

And of course, serious foul play and or violent conduct incidents will be reviewed to see if a send off is justified. In the Bundesliga, we have witnessed yellow cards turned to red and even a red card reversed to yellow, all with the assistance of the VAR system.

The VAR Manual containing all the protocol and processes is some sixty-seven (67) pages long, almost as long as the Laws of the Game (LOTG). It describes the various incidents at which VAR can be reviewed. Here are a couple to serve as an example:

Of course, if I provided the reader with all the answers in this blog, there would be no need for you to listen to “Dr. Joe” when I try to explain what is happening on the field within seconds of the incident appearing on your TV screen.

This will be the sixth World Cup that I will be attending in person. My first was the ’82 Cup in Spain. I then had the good fortune to serve as Assistant Coach to the USA as we qualified for the 1990 World Cup in Italy. While everyone remembers the Paul Caligiuri goal which helped defeat Trinidad & Tobago in Nov. ’89; forgot in the mix that led to qualification for the USA’s first World Cup in forty years was the four (4) straight shutouts by Tony Meola, (all in one goal wins or zero-zero ties) and the penalty kick save by Dave Vanole (a five year No.1 Goalkeeper Camp camper and later staff coach) against Costa Rica which preserved our first win in the qualification process.

I also had the good fortune to attend the World Cups in Germany and France and of course in the USA in 1994. But this (2018) will be my first as a broadcaster.

The World Cup is the barometer by which all soccer is measured. It is considered the ultimate world-wide sporting event and soccer’s biggest stage and moment. Let’s all hope that the VAR system enhances the games to an even higher level. I know that I will be glued to the studio monitor watching every crucial event with the hope that previous errors which decided matches will be corrected now in a most sporting fashion. I hope all our readers will be watching as well and perhaps some of you watching at No.1 Soccer Camps.

Have a great summer!