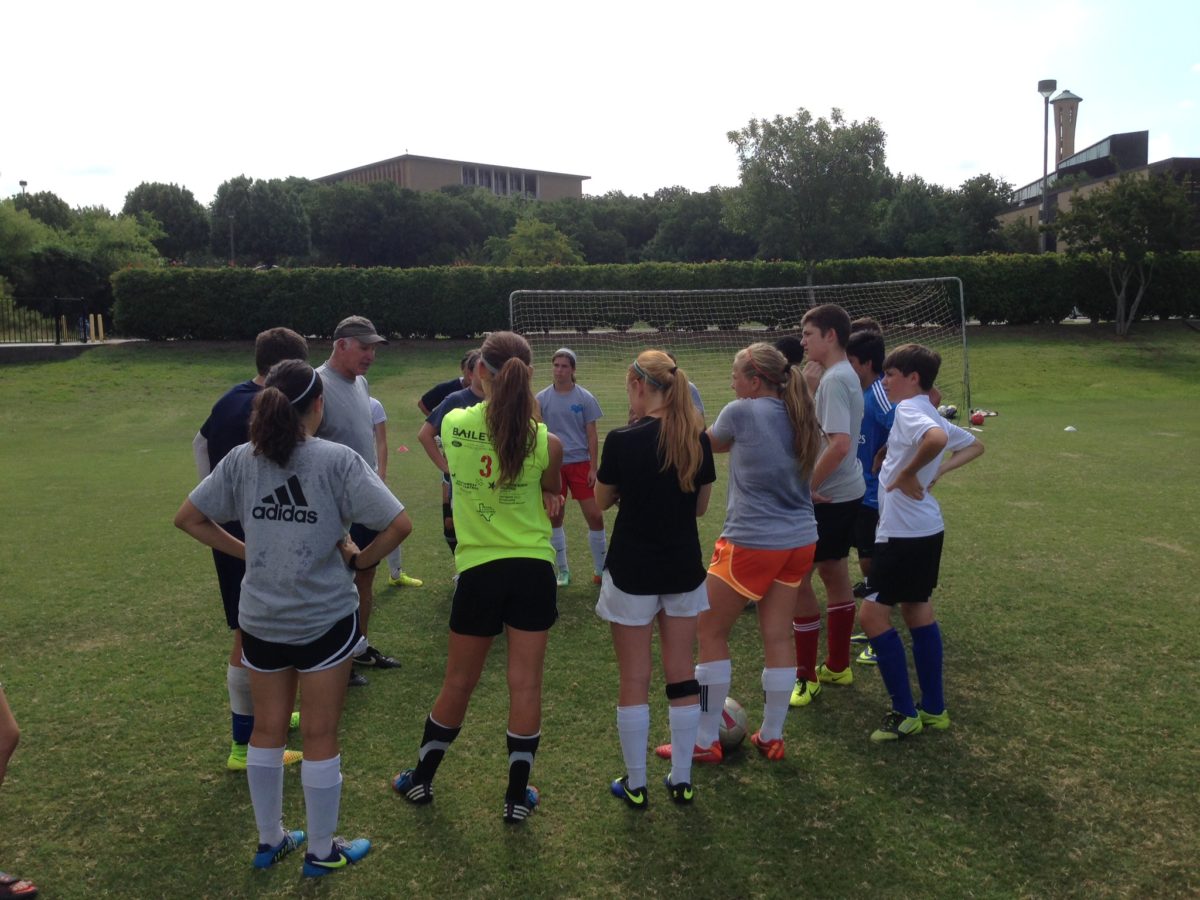 No. 1 Soccer Camps Staff Coach David Rubinson, a 20 year coach at No. 1, represents the quality and expertise our staff coaches.

As a player, David Rubinson took the pitch for Texas Christian University from 1973-1977. While playing with the Horned Frogs, he garnered all-Southwest Conference honors in each of his four seasons. After graduating from the university with a degree in political science and a minor in business, he served as captain of the U.S. National Team which participated in the Maccabiah Games in Israel and participated in the 1976 and 1980 U.S. Olympic Trials.
Rubinson returned to his alma mater as the soccer team’s head men’s coach in 1981. His 1983 and 1984 men’s teams grabbed back-to-back Southwest Conference titles. The 1983 squad was especially impressive, going undefeated in SWC play with a 5-0-1 mark.
In 1986, Rubinson was rewarded with the additional responsibility and challenge of starting a women’s program at the school. He quickly established the Lady Frogs with a .500 record in their first season and then posted consecutive winning seasons the following two years.
Following the end of the 2002 season, the status of the men’s program was changed to club status after 21 years as a varsity sport. Coach Rubinson compiled a 141-257-23 record as the head coach of the men.
In 17 seasons as the head women’s coach, he has compiled a mark of 136-170-20 record. As the head coach, Rubinson has picked up six seasons with a winning percentage of .500 or better and has achieved the 10-win mark on four occasions. His teams have had at least nine wins four of the last six seasons. Rubinson earned Western Athletic Conference Co-Coach of the Year honors when he brought his women’s team to its first WAC Championship tournament in 1997.
In the summer of 2001, Rubinson’s talents were displayed on an international stage, as he was selected to coach a U.S. under-17 girls’ team that competed for the first time in Israel’s Maccabiah Games where the team won gold.  In 2005 he was named Head Coach of the US Women’s National Team for the Maccabiah Games; this time his team won silver. Coach Rubinson also was a US Soccer National Staff Coach from 2005-2010.
Staff Coach David Rubinson will be at No. 1 Soccer Camps University of Dallas and Schreiner University locations in 2014. Click the above links for more information on these sites.