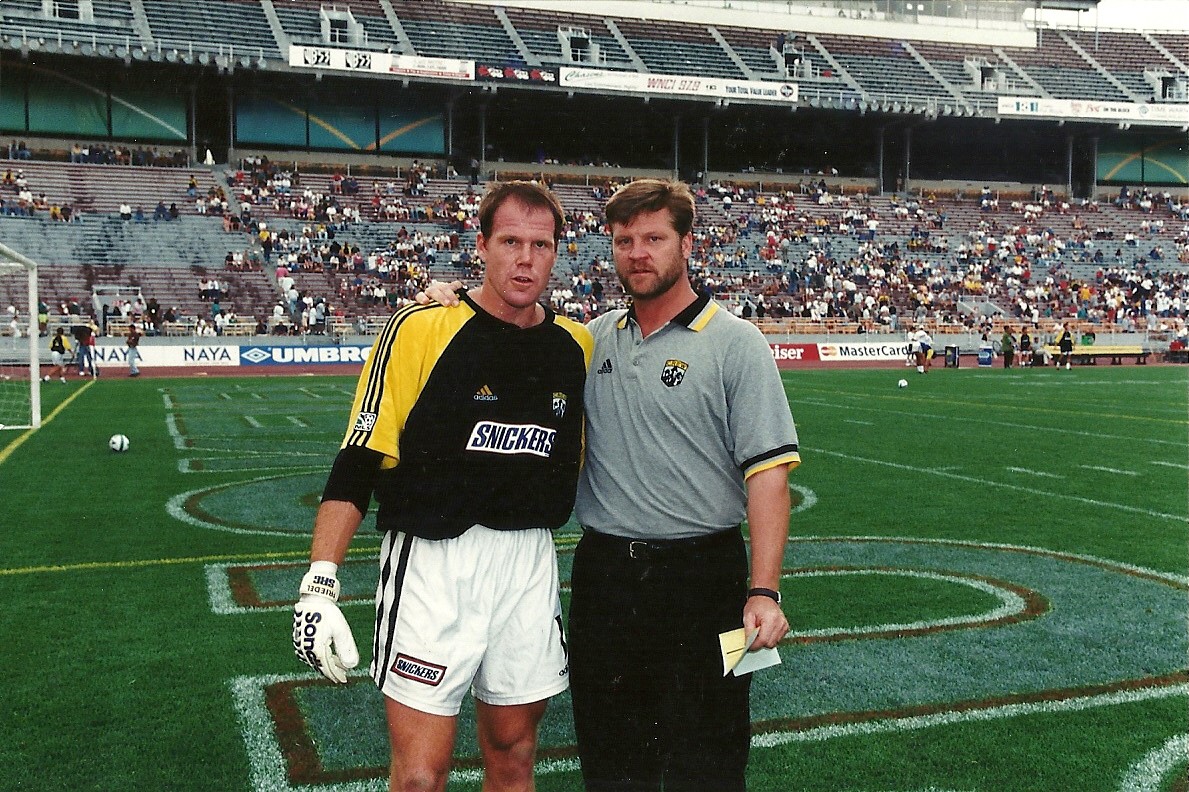 “Eat well, have discipline and work hard”: Goalkeeping legend Brad Friedel’s perfectly disciplined will and refusal to give up result in a record breaking career

While coaching the Columbus Crew, I had the distinct pleasure of coaching and working daily with arguably the best goalkeeper ever from the United States – Brad Friedel. Brad was nicknamed “The Human Wall” after his incredible performance in the 2002 World Cup. Brad Friedel is the current record holder for most consecutive appearances in the Premiership with over 310 consecutive games. This is an incredible testament to his stamina despite being 40 years old! The secret to his success?  “There is no secret,” he says. “Just eat well, have discipline and work hard.”

Sounds simple, but these words of wisdom clearly work for Friedel. His resume speaks for itself:

Brad has achieved just about every conceivable award and recognition possible as a player. He is an incredible person and an incredible athlete. What I found most remarkable when working with Brad was his intensity of purpose and his incredible mental toughness. Exceptional athletes like Brad can best be summed up in the Vince Lombardi quote: “Mental toughness is many things and rather difficult to explain. Its qualities are sacrifice and self denial. Also most importantly, it is combined with a perfectly disciplined will that refuses to give in. It’s a state of mind-you could call it character in action.”

In our last Mental Toughness blog post, we discussed the need to overcome and push on. We discussed why the No 1 Soccer Camps utilizes “pressure training” in order to challenge yourself and reach the next level and the need to practice with a purpose. Brad Friedel was able to show a group of our campers just what it took to truly be the top goalkeeper in the United States a few years back during a No. 1 Soccer Camp in Wisconsin.

Brad was on for Thursday night’s pressure training session – in fact he volunteered to do every demonstration as he was working to stay sharp for an upcoming National Team Camp. Brad was unbelievable; he completed a group of twenty intense individual exercises lasting forty seconds each – a remarkable achievement. No one could compete or keep pace with him.

When we took a water break and moved the campers behind the goal for some final demonstrations, Brad insisted he be allowed to continue, even though fatigue was a reality. After additional exercises in a full size goal and NEVER allowing a single goal, the camp erupted in applause – and reverence – for what we all had just witnessed. He refused against all odds to be scored upon. He trained as if every shot was critical; he trained as if the World Cup trophy was on the line. Practice makes permanent, and Brad showed all of us that night at No. 1 Soccer Camps what it truly takes to be Number 1. But he wasn’t done.

As the campers were excused from the field to shower and get ready for our evening lecture, Brad approached me and asked if I could stay out with him for a little while to work on some crosses and distribution. Incredible! After almost 90 minutes of intense physical and mental training, Brad Friedel wanted more. After another hour of supreme technical work, he could finally call it a night.

Brad has incredible mental toughness and an incredible desire to reach the next level. His current record of over 300 straight appearances in the English Premier League shows that he surely has achieved that and more.   Brad showed us all what it takes to be Number 1 – “a perfectly disciplined will that refuses to give in.”

Greg Andrulis is a Regional Director at No. 1 Soccer Camps Urbana University, Salisbury School, and Western Connecticut locations. He is also the Head Coach of the men’s team at George Mason University and a former Coach for MLS Columbus Crew. For more information on Coach Andrulis or his No. 1 Soccer Camps sites, click on above location links or here.