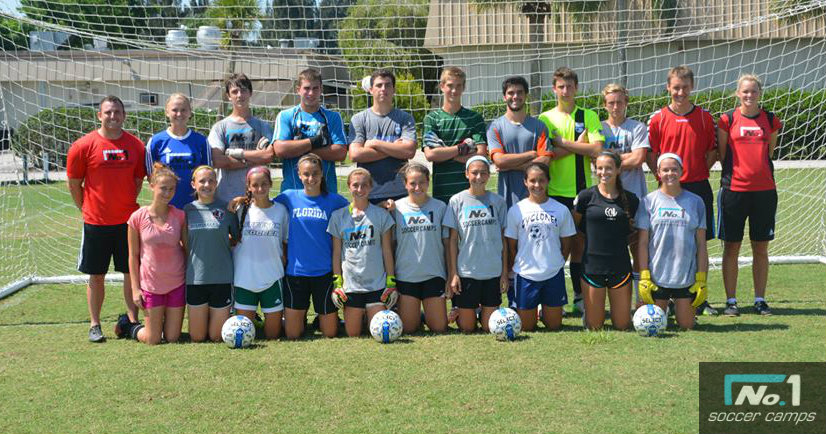 Ryan Johnson, alumni of five No. 1 Soccer Camps at the Claremont McKenna location, is now playing for Spain’s UE Cornella Soccer Club based in Barcelona, Spain.  UE Cornella is a satellite club of FC Barcelona. He is currently in his first year at the Club and plays on the U17 team. The Professional team at Cornella plays in the Spanish 3rddivision.  After playing youth soccer in the Netherlands and later at West Coast Soccer Club in Mission Viejo, CA, Ryan decided he wanted to return to Europe and pursue his dream of playing professional soccer. After several tryouts, Ryan decide on Cornella. He chose Spain because, along with Germany, they are the best countries for youth development at this time. Ryan has gained valuable experience this year playing with older players, practicing twice a week with the U19 team.  “The training in Europe is very different. We train 4 mornings and four nights a week. It is much more intense, even in practice. ” Ryan said. Ryan plays midfield, mostly on the wing. “It is much more a possession game in Europe, even at the younger ages. They want you to pass and move to space,” he said.  In between morning and night practices, Ryan attends The International School of Barcelona in the International Baccalaureate program.