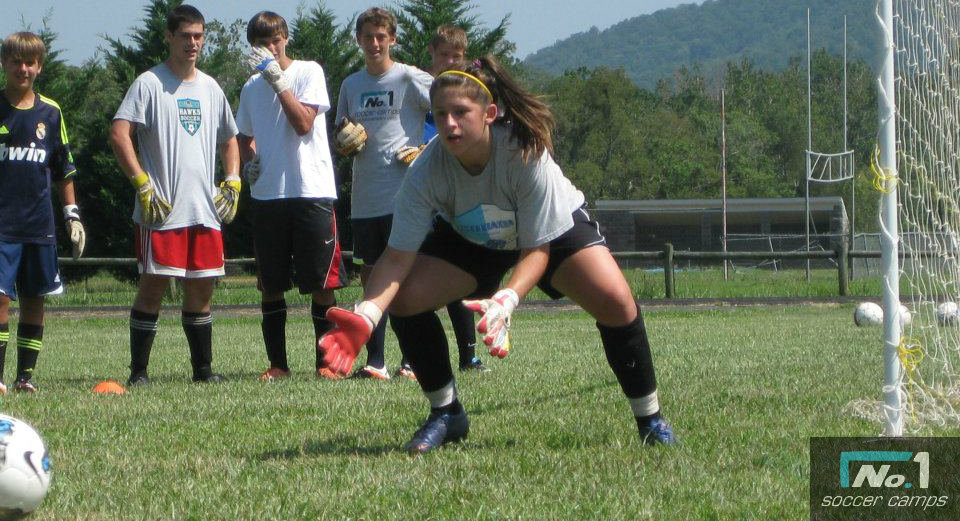 How goalkeepers communicate with their teammates is a big part of their development.

Personally, I struggled with communication as a young goalkeeper, especially as it related to helping organize my teammates. I was frequently frustrated when coaches would tell me, “Paul, you need to talk more!” I was at a loss as to how to improve mostly because of the challenges of making sense of the chaos in front of me.

That experience serves me well now as a coach because I understand that simply telling young goalkeepers to “talk more” will do little to improve them.

A coach needs to listen to what is being said — or not said — to understand their starting point and personality.

Have conversations with the goalkeeper to learn how they think about various aspects of the game. Based on their personality and knowledge of the game, provide specific, age-appropriate advice to support them as they face the challenges of the position. Lead them through a series of questions related to various situations that they and the team face to help them recognize possible solutions.

Spending some time with goalkeepers during training, watching games on TV together and doing video are all opportunities to have conversations about the many scenarios in a game that repetitively occur and that a goalkeeper may be able to influence through communication. Ultimately, supporting the goalkeeper’s growing understanding of the game and discussing potential methods to prevent dangerous situations by working with their teammates will result in more knowledgeable and communicative goalkeepers who don’t simply yell or cheer-lead ineffectively.

Helping a young goalkeeper make sense of the game, read it, and communicate is a huge challenge for a coach. But, when you help them to do so, it can be one of the more gratifying moments. Not only are you helping the goalkeeper become a better soccer player, but you are also providing them with leadership training for life.

Here are some key points to keep in mind when helping keepers interact with their teammates:

No. 1 Soccer Camps have been at the forefront of goalkeeper training since 1977. At the No.1 Goalkeeper Camp, goalkeepers learn the technical skills needed to be successful and tactically savvy from playing in the goal in game like situations under the guidance of a goalkeeper coach coaching the player from IN the goal and not from the sideline.

With over 80,000 satisfied No.1 Campers, the list is countless as to the current and former campers that have played at the highest levels of intercollegiate soccer, USNT U17 and U20 programs for both men and women, and in the NPSL, MISL, USL, MLS and WPS. Learn more about our No. 1 Goalkeeper Camp at www.no1soccercamps.com